How do I get my Victims' Rights?
NAVIGATION 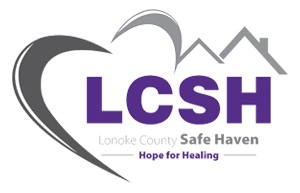 However, in reality, domestic violence is a pattern of control in which there may never be physical abuse. The abuse could be financial, emotional, spiritual, social, psychological, and sexual.

We encourage you to contact a local shelter or other service provider to help you determine what is best for you. Shelters provide support groups, housing, counseling, help with filing protective orders, court advocacy, and other services. Shelters have numerous community partnerships to help victims start a life free from abuse. Safety planning is critical. Be sure to have your driver’s license, birth certificate, social security card, etc. somewhere other than your home.

Domestic Violence Law: Notice enhanced penalties if there are past offenses or if a woman is expecting a child.

To Receive 24 hour help click the shelters link and call the shelter. The Arkansas Coalition Against Domestic Violence is not a 24/7 service. Reminder: The most dangerous time in a relationship is when the victim has made the decision to end the relationship. (It may not even be physical leaving, it could be emotionally leaving that may increase the intensity of physical danger).
Find a Shelter

Find a shelter near you no matter where you are. DomesticShelters.org

Find plain-language information for about at WomensLaw.org.

Victims can also seek a restraining order or an "order of protection" from a court to protect themselves from their abuser. Restraining orders are either temporary or permanent.

A permanent restraining order requires a full court hearing with the abuser present so that the court can hear both sides before deciding upon the issuance of the order. The order lasts for 90 days - 10 years. The order may be renewed after it expires if the court finds that the threat of domestic violence still exists.

If a person has been convicted of misdemeanor domestic violence within the past five years, the second offense enhances the misdemeanor to a felony level. Penalties are also enhanced if the victim is expecting a child. Contact a domestic violence shelter, law office, or Prosecuting Attorney’s Offices for the most accurate information on these laws.